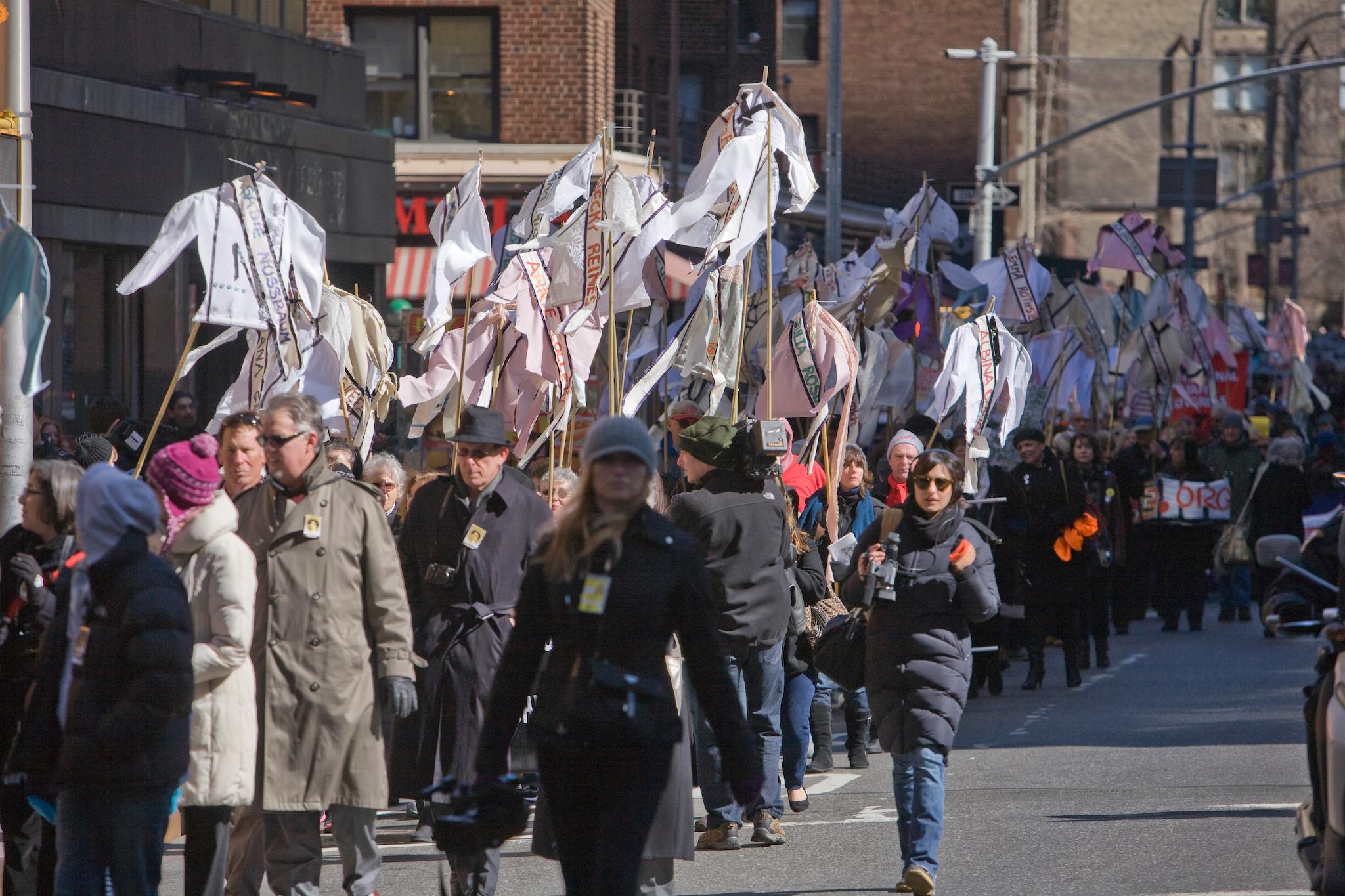 The Triangle Shirtwaist Factory was the site of one of the worst workplace tragedies in American history. On March 25, 1911, fire broke out at the factory, which occupied the top three floors of the ten-story Asch Building, in Greenwich Village, New York City. At the time, there were over 500 employees—most were young women; most were recent immigrants. The fire began on the 8th floor; most workers on the eighth and tenth floors were able to escape. However, those on the 9th floor, where the rear door was locked to prevent theft, were trapped. The locked exit, the collapse of the fire escape, and the inability of the fire truck ladders to reach above the sixth floor, resulted in the death of 146 workers, mostly young women. Many of the victims jumped to their death, rather than remain in the burning building.

Before the fire, workers at the Triangle Factory, along with thousands of other workers in the shirtwaist industry, were actively organizing for union recognition as a protection from the dangerous and abusive conditions. Company employees, some as young as 14, worked nine to sixteen hours a day. In November 1909, over 20,000 immigrant garment workers in their teens and twenties, left their shops in an eleven-week general strike for union recognition and better working conditions. Known as the Uprising of the 20,000, it was the largest strike by women to date in US history.

After the fire, the company’s owners were acquitted of manslaughter charges and paid a maximum of $75 in damages to 23 of the victims’ families. However, the horror of the fire outraged the public, and led to many important reforms, including the creation of agencies to regulate health and safety conditions in the workplace. The fire also strengthened the nascent labor union organizing efforts, led largely by the International Ladies’ Garment Workers’ Union.

To learn more about the Triangle Shirtwaist Fire, the International Ladies’ Garment Workers’ Union, and the reforms that were put in place in the aftermath of the fire, visit the Learn More page and The Kheel Center.